There is no shortage or theories on how to manage and lead – every day we witness new insights from the famous, talented or deceased. But how might we enact good management on a daily, hands-on basis – and, just as importantly, why? It turns out there is genuine science to this question, and if we understand and apply some basic neurochemical principles, the gap between mediocre and high performance becomes bridgeable quite quickly. Here’s why and how: 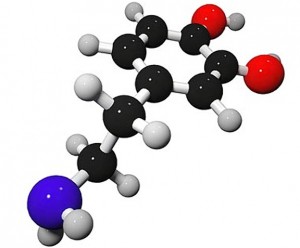 Dopamine is the brain’s reward and learning chemical. Consciously, it creates a sensational of happiness and well-being, and subconsciously it responds to the activation of all neural circuitry. When combined, this makes dopamine very important for learning and habit-forming. As a motivator of behaviours, dopamine is highly attuned to our basic need of seeking pleasure, helping us to take a positive view of challenges in anticipation of the rewards that will come through overcoming them. It is also released by sugar, cocaine and other unhealthy things that bring immediate reward, including repeating unhelpful but easy behaviours (following existing neural pathways). Dopamine makes it attractive for us to repeat old habits, whether or not they are helpful in a given situation. 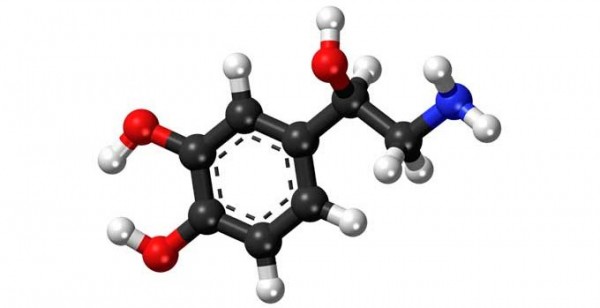 A good place to start is with naturally occurring chemicals that heavily influence brain activity. The first two are pretty useful at times, but not always – epinephrine (adrenaline) is released for maximum response to a threat or perhaps in an extremely physical activity. Norepinephrine (noradrenaline) is released more often to prepare and mobilise the body for action, and when produced in high amounts they increase blood pressure and pulse, redirect blood flow toward large muscle groups and trigger the release of glucose for maximum power. In lower doses norepinephrine can support concentration and focus, providing energy to keep us alert and help us meet our challenges. 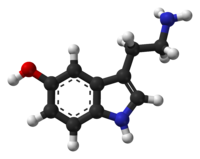 Where we take a positive attitude toward challenges, seratonin can be released, which, in the brain, helps to engage the hippocampus – the centre of short term memory, long-term memory coordination and spatial memory, as well as being a moderator of emotions and behaviours. The hippocampus’ relationship with seratonin doesn’t end there – together they are responsible for the building of new brain cells and assist in the formation of new neural pathways, essential for neuroplasticity (the physical basis for learning) and brain health. For these reasons, these three in combination can be thought of as healthy energy. 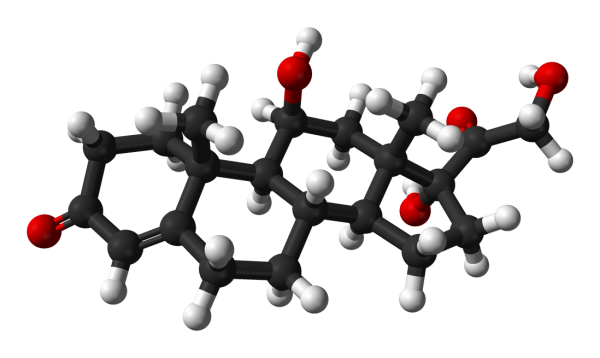 Commonly known as the stress hormone, cortisol has many roles, including regulating and moderating blood sugar levels, immune responses and central nervous system activation when a threat is perceived to exist. In times of physical peril it works with epinephrine and norepinephrine (all three triggered by the amygdala’s activation of the HPA axis) to prioritise immediate physical safety and assist with repair afterwards, such as with arteries that were likely to have been stressed during the period of exertion. The problem in a modern human context is that our stress response to psychological threat (such as workplace pressure) is physiologically pretty much the same as it is for a physical threat. Long term stress and anxiety, which, often in conjunction with genetic disposition, arise from feelings of being unsafe and a lack of control in satisfying basic needs, has negative effects including blood sugar imbalances, sleep disruption, decreased muscle mass, lowered immune function and and slow wound healing. It is associated with increased risks of heart attack and stroke, and can also be a contributor to depression.

Chronically high levels of cortisol are also associated with impaired cognitive performance (ie, rational brain functioning) due to its coincidence with reduced seratonin release and activity in the hippocampus when the amygdala>HPA axis threat reaction kicks in. That is because when the stress response sends as much blood-flow as it can to the muscle groups in preparation for a fight or flight response to threat, the rational brain (pre-frontal cortex) does not receive enough energy to function properly. This can be easily seen where people are unable to think straight or get their words out, or simply shake, when under pressure. As a part of the same survival response, the hippocampus is effectively sidelined, resulting in an inability to concentrate and coordinate the construction and recall of rationally-biased memories.

Clearly, workplaces that do not create a feeling of safety (physical and psychological) or that do not allow employees have control over their work are likely to also create sustained stress that results in poor task execution, creativity and employee health.

In addition to an environment of safety and control, research shows that, potentially due to the power and longevity of the danger-sensitive cortisol in comparison to the pleasure-rewarding but shorter-lived effects of dopamine, employees need to feel they receive more positive than negative feedback. To put a number on the ideal proportion, it seems that around 5 positive things (ie compliments, good news, encouragement, positive social interactions) for every piece of negative feedback is likely to create a balance where people feel appreciated and fairly treated.

How does this inform management practice? The first thing is to understand that meaningful challenges provide motivation, energy and connection. This means that if managers want their teams to do “more” or “better”, they had better feel challenged – preferably by something that connects with their own values and interests, furthers their own development and success and they see as worthwhile socially. Raising the bar on challenges also raises the bar on motivation and intrinsic reward – on the basis that psychological and physical safety exists and employees feel empowered, competent, supported and sincerely appreciated for taking on that challenge and achieving those new goals. This is contrary to the view of some managers who hesitate to ask for “more” for fear that team members will be displeased, or whose demands for “more” are met with active or passive resistance. But in most cases this lack of employee task engagement is an artificial construct – most people want to do great things and feel great about what they achieve in a field that is of interest to them while feeling they are making a contribution to something worthwhile – it’s why most people choose their jobs, careers and hobbies. It’s also why every year a little over 1/3 of all Australians perform volunteer work for no financial reward. (If those intrinsic connections appear to be absent from an employee’s normal habits, it may be useful to view the employee within the workplace systemic context, rather than simplistically on his or her own.)

It also suggests that managers need to be aware of how their own natural danger-aversion instincts are holding them,and their teams back, as evolution taught them to: 50,000 years ago those who recognised danger and reacted fastest survived, and so in an environment where we were just another item on the menu our ancestors evolved to be sensitive to danger as their highest priority – a natural behavioural trait that remains today, often manifesting itself as fear or anxiety, despite the absence of such predatory threats. As a part of this sensitivity, we are very good at ignoring the normal, instead spotting the exceptional, with dangerous exceptions prioritised over pleasurable ones.

In a work context, this means that conscientious managers are alert to problems, mistakes, conflict and anything else “bad” (or their potential), and react according to their own perceptions, biases and habits around dealing with that kind of threat. This is nothing for those in supervisory roles to be ashamed of, it’s simply a lifetime of learning and a few million years of evolutionary instinct in practice – nothing could be more natural. It’s not necessarily “wrong” either – a manager who is not alert to, or able to react to, threats is likely to be an incapable one.

Most managers, when not overly burdened with stressful concerns, also notice exceptionally good things, reacting with praise and sincere appreciation. But with the stronger influence of cortisol arising from the negatives, the overall impact is to create an environment where positives feel outnumbered and outweighed by negatives, commonly leaving employees feeling stressed about their work, unappreciated and, as a part of a prolonged pattern, disengaged.

The fix, however, is amazingly simple. As a for-instance, let’s assume that an employee has performed six tasks on a particular day. One of them was executed very well, one unacceptably poor and the other four of them unremarkably, ignore-ably, invisibly average. On the assumption that the four average performances were to a standard of proficiency that was perfectly acceptable, then surely the employee should not only be recognised for the single exceptional performance but, albeit to a lesser extent, all four of the “average” outcomes as well. If we now add in the single poor performance, as long as the manager ensures that all six pieces of feedback are honest, sincere and consistent, and that the five good achievements aren’t dismissed in time or appreciation on the way to an intense focus on only the poor outcome, an ideal feedback ratio is automatically achieved. (Note – the ratio doesn’t need to be achieved in every conversation – to do so would be disingenuous and would train the brains of employees to always expect bad news to accompany the good.)

This fairly common type of conversation:

Might easily become this more collaborative, but rarer, conversation:

With this “fairer”, and certainly more balanced, feedback practice as a normal, everyday management habit, employees are more likely perform most tasks well, raising the bar on “average” due to the “addiction” to dopamine anticipation and reward in doing great work and the resulting positive feedback that validate feelings of accomplishment. Employees are also more likely to volunteer problems rather than wait to have them brought up, feeling that it is safe to do so in the prevalent “fair” environment. In fostering this behaviour, it is apparent that the good feelings from the trusting and positive conversation and relationship (learned reward from this management practice) are preferable to the stress of attempting to hide, minimise, blame or avoid (learned coping mechanism from other life and workplace experiences). Through repeated application as a result of management habit, these universal, powerful, chemically-fuelled natural rewards and penalties teach either problem-avoidance (bad) or challenge-seeking (good) default behaviours, with a good chance that, if widely and consistently practised, they will also shape the dominant organisational culture.

As an extra bonus, there is another dimension to this mix of chemical cocktails – the effect on the manager. It turns out the very same chemicals act upon the feedback giver as the receiver – meaning that managers who look for good news and sincerely compliment and support others more often are also more likely to be more motivated, more engaged, more responsible and more satisfied with their own work and professional relationships. And with employees who are more proactive about fearlessly identifying and solving problems, there is every chance the actual number of problems managers have to deal with will reduce over time – turning perceptions into aspirational behaviours into a new normality.

So it seems that the manager who catches people in the act of doing something right is also doing the same for themselves, with the same powerfully positive benefits. And that’s not just my opinion – it’s our neurochemistry.